This post discusses highlights of the 2019 Annual Conference of the North American Chapter of the Association for Computational Linguistics (NAACL 2019).

You can find past highlights of conferences here. The conference accepted 424 papers (which you can find here) and had 1575 participants (see the opening session slides for more details). These are the topics that stuck out for me most:

At the RepEval workshop, Kristina Toutanova discussed how to use transfer learning for open-domain question answering. With appropriate pretraining using an Inverse Cloze Task, the retriever and reader can be fine-tuned directly on QA pairs without an intermediate IR system. This demonstrates that a careful initialization + fine-tuning are two key ingredients for transfer learning and work even on challenging tasks. This has also been shown in the past for learning cross-lingual word embeddings and unsupervised MT. She also made the point that single-vector sentence/paragraph representations are very useful for retrieval—and that we should continue to work on them. Overall, there are many exciting research directions in transfer learning in NLP, some of which we outlined at the end of our tutorial. My other highlights include:

Language modelling is a pretraining task that has been shown to learn generally useful representations at scale. However, there are some things that are simply never written, even in billions of tokens. Overcoming this reporting bias is a key challenge in adapting language models to more complex tasks. To test reasoning with knowledge that is often left unsaid, the best resource paper used the common sense knowledge base ConceptNet as “seed”. They created CommonsenseQA, a dataset of multiple-choice questions where most answers have the same relation to the target concept (see below).

This requires the model to use common sense rather than just relational or co-occurrence information to answer the question. BERT achieves 55.9% accuracy on this dataset—and is estimated to achieve around 75% with 100k examples—still well below human performance 88.9%. What does it take to get to those 88.9%? Most likely structured knowledge, interactive and multimodal learning. In his talk at the Workshop on Shortcomings in Vision and Language (SiLV), Yoav Artzi discussed language diversity in grounded NLU, noting that we need to move from synthetic to more realistic images for learning grounded representations.

At the NeuralGen workshop, Graham Neubig discussed methods to optimize a non-differentiable objective function such as BLEU directly, including minimum risk training and REINFORCE and tricks to deal with their instability and get them to work. While we had touched on transfer learning for natural language generation (NLG) in our tutorial, Sasha Rush provided many more details and discussed different methods of using language models to improve NLG quality. Another way to improve sample quality is to focus on decoding. Yejin Choi discussed a new sampling method that samples from the head of the distribution and leads to better text quality. She also discussed the generation of fake news and how large pretrained language models such as Grover can be used to defend against them.

Generative adversarial networks (GANs) are a popular way to generate images, but so far have underperformed for language. The Deep Adversarial Learning for NLP tutorial argued that we should not give up on them as the unsupervised or self-supervised learning done by GANs has many applications in NLP.

Another compelling aspect of generation is to enable multiple agents to communicate effectively. Besides providing a window into how language emerges, it may be necessary for interactive learning and to transfer knowledge among agents. Angeliki Lazaridou discussed in her SiLV workshop talk that deep reinforcement learning tools seem to work well for this setting but argued that better biases are needed. In addition, it is still difficult to interface emergent language to natural language.

I also enjoyed the following papers:

The theme of the conference was model bias. The diverse sets of keynotes fit very well into this theme. The first keynote by Arvind Narayanan in particular highlighted one under-appreciated aspect of bias, i.e. that we can leverage the bias in our models to improve our understanding of human culture.

On the whole, there is a fine line between desirable and undesirable bias. We often try to encode inductive bias about how the world works, such as objects being invariant to translation. On the other hand, we do not want our models to learn superficial cues or relations that are not part of our possibly idealized perception of the world, such as gender bias. Ultimately, super-human performance should not just entail that models outperform humans quantitively but also that they are less biased and fallible.

Lastly, we should be conscious that technology has lasting impact in the real world. As one vivid example of this, Kieran Snyder recounted in her keynote the time when she had to design a sorting algorithm for Sinhala (see below). Sorting Sinhalese names was necessary for the Sri Lankan government to be able to search for survivors in the aftermath of the 2004 tsunami. Her decision on how to alphabetize the language later became part of an official government policy.

Some of my favourite papers on bias include:

On the topic of different languages, during the conference, the “Bender Rule”—named after Emily Bender who is known for her advocacy for multilingual language processing, among other things—was frequently invoked after presentations. In short, the rule states: "Always name the language(s) you are working on." Not explicitly identifying the language under consideration leads to English being perceived as the default and as proxy for other languages, which is problematic in many ways (see Emily's slides for a thorough rationale).

In this vein, some of my favourite papers from the conference investigate how the performance of our models changes as we apply them other languages:

As the community is growing it is important that new members feel included and that their voices are heard. NAACL 2019 put into effect a wide range of initiatives in this regard, from thoughtful touches such as badge stickers (see above) to matching newcomers with mentors and “big siblings”, to fundamental ones such as childcare (see below) and live captions. I particularly appreciated the live tweeting, which made the conference accessible to people who could not attend.

This post has been translated into the following languages: 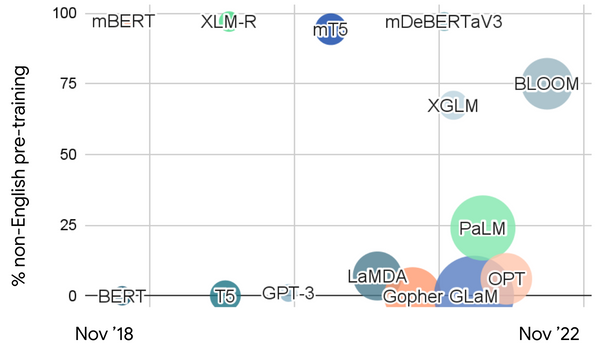 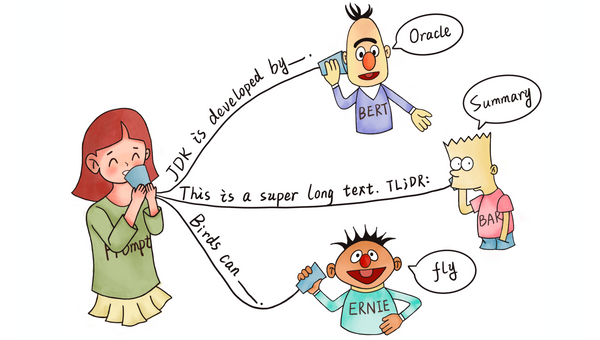